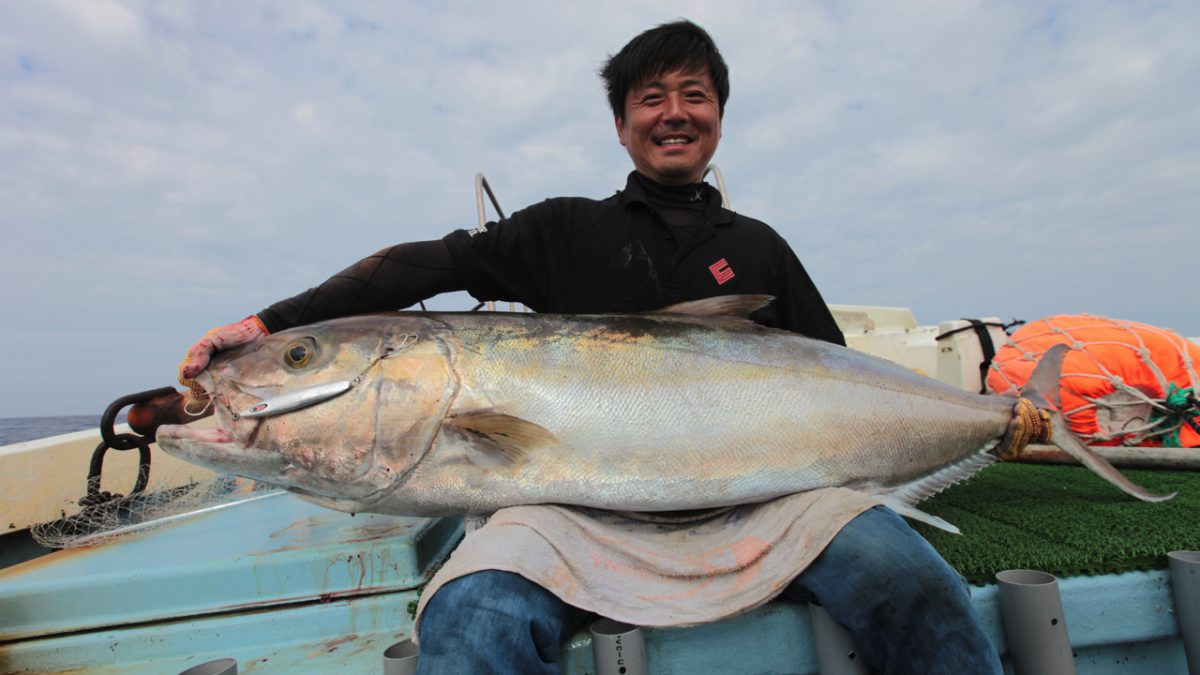 How can I catch a monster?

When you start slow pitch jigging, you’ll be surprised the numbers and the varieties of species you can catch. But at the same time, you’ll have a lot of frustrating experience with big fish breaking your line.

I encourage people to use PE2.0. or even PE1.5, because it allows you to stay more vertical and you will get more contacts. Staying vertical is critical to make all kinds of finesse applications and to be receptive for all kinds of information the line sends you.

The heavier line we use,
the less contacts we get.

Should we go heavier?

Well, that seems like a simple solution. Change your PE1.5 to PE3.0?

But do you really want to? I don’t have the answer. It’s your call. Sato Sensei always says;

Don’t come and ask me!
Ask the ocean!

By the way, what Sato Sensei does when he goes fishing is that he brings maybe 8 reels (with different lines) and 8 rods to the boat. He only uses one at a time. He will look at the ocean, and only then he selects rod and reel and start assembling his setup. Then he listens back from the ocean, and he changes reels or rods. He is always willing to switch back and forth.
I’m not saying slow pitch is a rich man’s game. Only that he is always ready to change his setup according to the conditions and the targets.

When you set up light, everyone worries about what if a monster hits. But I still think it’s wise to start to learn slow pitch jigging with the light setting. Ocea Jigger 2000 class with PE2 or lighter. You can catch a lot in numbers and varieties of species. The finesse of this game is to be learned in this light setting. You can still catch 10kg fish, no problem.

But catching 30kg fish is a different story. You don’t have to worry about such fish as tuna family or kingfish who run in open water. It may take a great deal of time to bring it home with a light line, but they don’t run to structures. As long as you have a big line load, with the help of your boat, you can eventually wear them down. It’s not worth to sacrifice your finesse over them.

But you do need power to stop such fish as groupers and amberjack who run to the bottom. For big fish of these species, you want more powerful reel. If you buy a reel for a heavier line, you should want to buy the kind of reel that you can use for high pitch jigging as well.

My recommendations would be:

One of these with PE3 would get you ready for big ones, also for high pitch jigging, and for 200m deep fishing. As in the game of golf, this is like a driver. Your light tackle is like an iron. They have different roles.

When you target a big one, you should mean to do it. You can fish in the rocky bottom in the shallow water for all the fish available with a light tackle. But shallow water holds some monster groupers too. When you decide to go for a big one, switch the reel. You can set up like 603-3, Torsa reel, PE3, #16 FC leader (64lb), and 260g Gawky. A serious setup.

It’s a gamble of course. A monster may hit you when you are light.

I know an old fisherman. He is a master of hand string fishing. He once told me;

Your setup tells what you target.
You can’t catch more than you are set up for.

When you set up heavy, give up all the contacts. When you set up light, give up big ones. But by improving your fighting skills, you can still catch 30kg+ fish with PE2.0.

Refine your setup and tactics

There are tiny details that you can improve. If you want to catch a monster with your light tackle, you want to be specific about these things.

1. Take care of your line

PE is braided. It will be unbraided over time. There are products to spay coating fluorine. It keeps the braid in tact and strong. It also keeps away the water. It helps the line slash through the water and catch less water influence. Maintain your line with the spray from time to time.

2. Make sure a tight knot

PR knot with a bobbin knotter is the most recommended. PE fiber is very firm, and a bent can easily break it. One single thick fiber line cannot be used for fishing. That’s why it’s braided with multiple fibers to have flexibility. Still, it’s very weak for bent or friction. PR knot involves no bent and a long portion to share the friction. Every knot loses some strength of the line. For example, no-name knot loses 20%. PR knot, however, loses virtually 0%.

But be careful with you make the series of half hitches for the second half. Be soft. Try not to make frictions between lines. This is the common place to break.

As for a knot with the ring, there are so many kinds. You can choose one that goes around the ring twice or three times.
The right picture shows the knot Sato Sensei makes, called “TN Knot”. It goes around the ring 3 times. He used to do only twice, but he figured that a 30 minute fight with a monster can wear it down, now he does this TN Knot.
Make sure the line does not overlap on the ring, wet the line before giving tying, pull the leader first and then the end to close it, finish with 15 half-hitches alternately on the leader (First 5 half-hitch with strong tension, then 5 half-hitches with medium tension, and 5 with soft tension. This is for not damaging the line with the line.), and burn the end.
For stronger knot, go into the loops for the second time. It requires more precise placements and stronger tension to make the tight knot.

Knots are most likely where it breaks. Make sure you are confident with your knots.

No matter how heavy, PE is weak to friction. A touch to a rough surface can break the tensioned PE line so easily. Fluoro leader is there to stand against the friction with the rocks.

The recommended leaders are:

They are strong to frictions and knots.

But how long a leader do you want to put in? Usually 5m is recommended. Japanese traditionally measure the line with wide arms. 3 wide-arms is about 5m.
That is what Sato Sensei usually has. And when he doesn’t get contacts, he cuts it to 2 wide-arms, or change to thinner leader.

But maybe you may want to try longer leader? Preventing your PE from touching any surface during the fight?

It’s a fact that FC line stretches about 17% to 37% before breaks, while PE stretches 4% or less.
Sato Sensei once pointed out to an angler with 10m leader, “You are fishing with a 10m jig.”
Now, I don’t know about that. I don’t think the fish would bite on a 5m jig either.
But he also says, “The shorter the leader is, the more the jig moves. But it doesn’t mean it’s better. Fish might like a less moving jig.”

If you are worried about the break by a big fish, you may want to try 5 wide-arms, 8m or 10m. You can always cut it short if you don’t get a contact.

After a hit, the first couples of runs are the clutch time. You want to set the drag as tight as you can with the line.
I roughly remember what 5kg drag feels like with my hands. (I occasionally check my 5kg with a 5kg sack of rice!) One day I checked how tight Mr. Hirota (Seafloor Control) sets his drag, and it felt like almost 5kg on his Marfix N4.
A big fish still can pull out your line. You parry it with your arm and thumbing.
Don’t forget to loosen your drag if the fish is up the surface and still fighting. After a long fight, your knots and line can be exhausted and the direct impacts can break it.

5. Hook a fish in high water

No matter how thick a line you use, there is no chance if you hit a big one right at the bottom. When the fish starts running, give line for a few seconds and then try to stop and circle around to get the head up. You can’t overpower with such light tackle. Fight like Tai-chi. Fish that runs to bottom can not swim flat-out for any more than several seconds.
In order to do that, you need a certain margin toward the bottom. Sato Sensei always does hi-speed lifts 10 cranks off the bottom before he starts his dance. Then when he doesn’t get contact, 5 cranks the next time, then 3 cranks (but at this time, he’s almost giving up a big one). Groupers do chase up to 10m when it means to make a bite. Of course, chances are less, but what is the point of hooking at the bottom when you can’t possibly catch it?
Also, always count your cranks so that when you hit, you know how much margin you have to the bottom.

6. Free your drag if you can’t stop

In spite of all the above preparation and application, a fish can outrun at a fierce speed, leaving your poor drag smoking. I’ve had cuts on my thumb several times too.

As soon as you can’t stop this fish, free your drag. This is the last thing you can do.

A tensioned PE can be cut easily, but it’s loose, it doesn’t break. If you are fortunate and the fish reaches the bottom and swims away, you can tighten your drag and bring on the fight again. Diagonal fight is so much easier than vertical fight, because the balance of the tug of war automatically pops up the fish off the bottom.

If you bring back on the fight and find that it’s stuck, it means it’s a grouper, opening wide its gill cover and stuck to a rock. Nothing can move it like this.
Sato Sensei says that the fish moves at least once from this situation in search for a better hiding. All you can do is to wait. Hold the line with your hand and give just enough tension to know when it moves. Give no pressure. Maneuver your boat to stay as vertical as you can. Give time for the fish to feel safe and move on.

When you get your line system broken by a big fish or a snag, I think it’s very important to know where it’s broken. Is it the knot? Is it the leader or PE? When snagged, feel to remember how strong tension does your system hold. Find your edge. 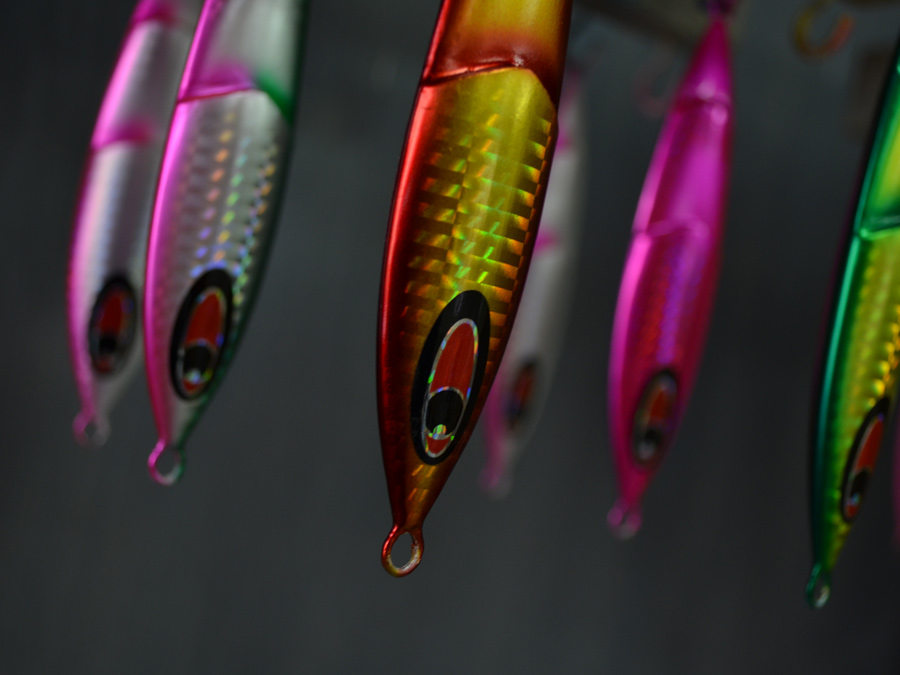 Does the color of jig matter? 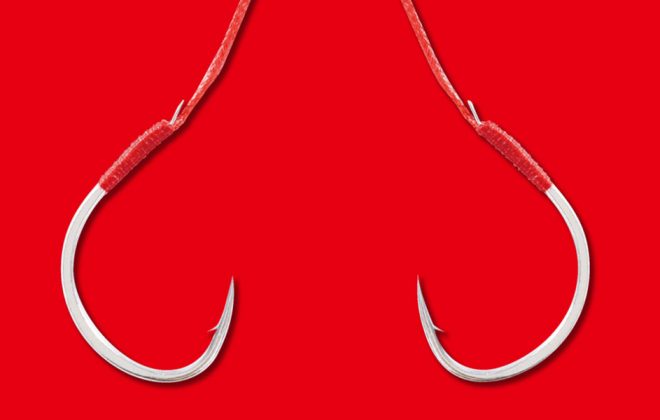 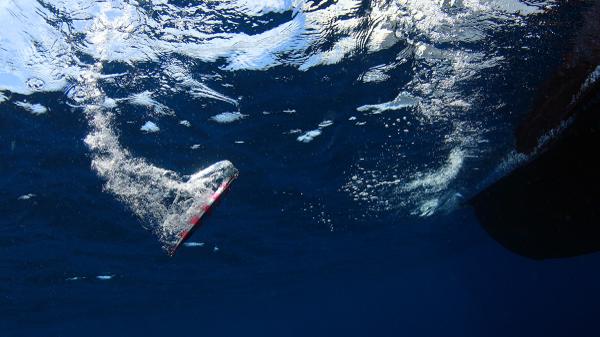 What rod and jigs to buy first?