Home > 3. Fishing Report > The best fish on the table of the season 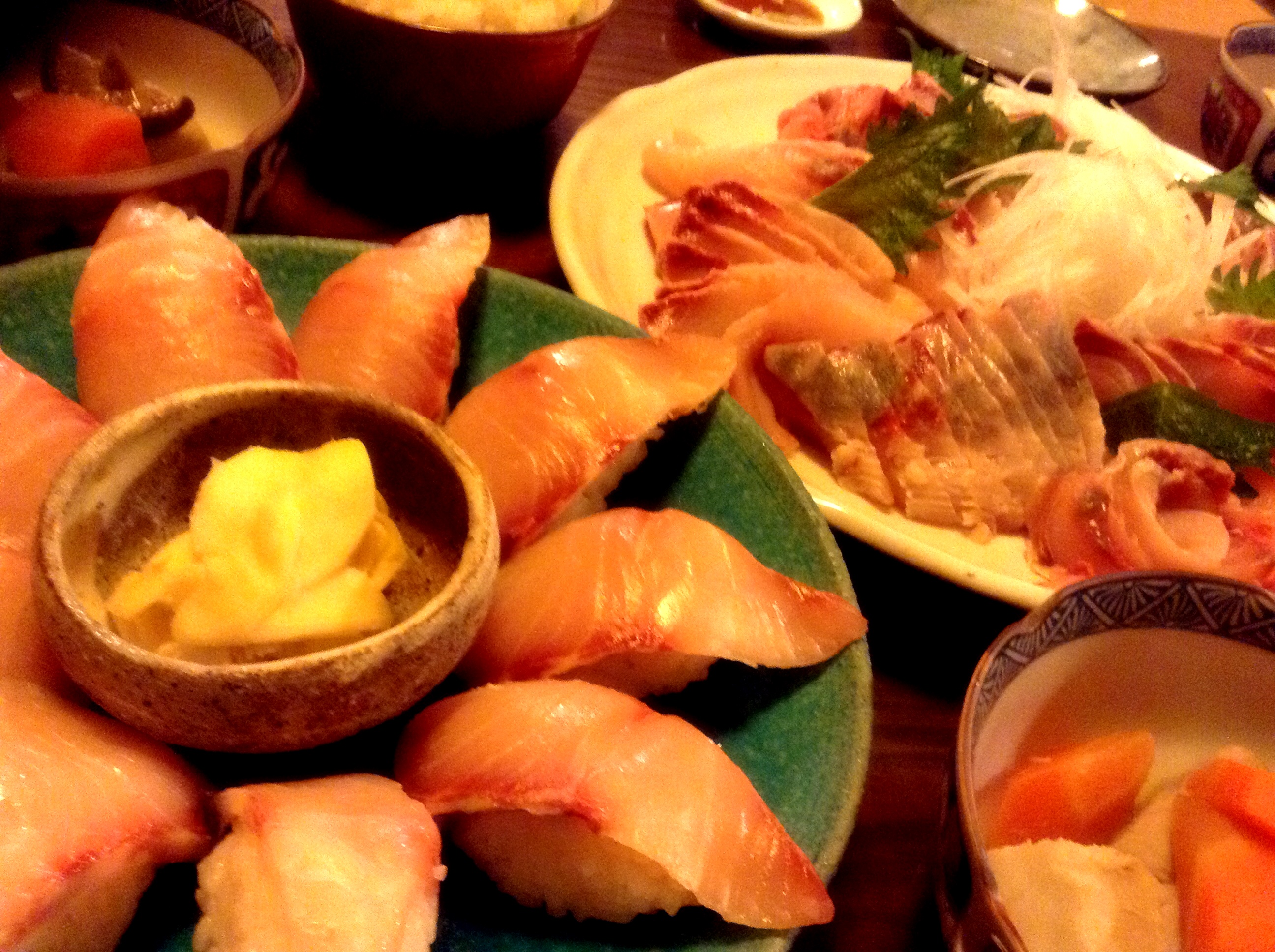 The best fish on the table of the season

It was so great. 6kg Almaco Jack has been ranked No.1 fish on the table of the season.
We are having the top season for amberjacks here in Okinawa.

But the field condition was not friendly. It was neap tide. The neapest tide. What we call “long tide” in Japan.

In English there are only 2 phases of tide, neap tide and spring tide. But here in this fishing country, we put it into 5 phases. Big tide, Middle tide, little tide, long tide, and young tide. The long tide is the least tidal difference in the lunar cycle.

The current was not moving all day. The current felt light. Jigging was easy. But fish just wasn’t active and we had such few contacts.

So I tried a lot of things with a lot of jigs. Here’s the video.

As in the video, I hooked off in a funny way. I was sure I hooked up good. It felt like a small amberjack. After about 20 cranks of reeling, the fish shook its head, the line got a little loose by my mistake, then with a funny click I hooked off.

This is the Rector 210g in question.
The head assist is PE20 with fluoro core. The tail assist is just PE20 without core. Fluoro cored PE doesn’t get tangled with the leader. PE without fluoro is easy to be swallowed.
And the assist lines are long, but so long as to get the hook bends overlap with each other.

I don’t know how the head assist got hooked with the tail assist, but it did. Well, when I exmained my hooks closer, my assist lines were actually a little too long and the bends are a little overlapping. Very little change to get tangled, though.
And I did loosen the line as the fish probably swam upward, which I should never have. So that it my lesson.

On the other hand, this is my other catch. A grouper. This is the perfect example of how double hooks work. One was swallowed and hooked from inside, and the other hooked from outside. If you have a hook-up like this, there’s no way to get hooked off. When the fish pulls out, the double hooks work the way in from both sides even more. That’s the physics.

Daiwa TG Bait 150g saved my day. A small tungsten metal jig for a 6kg Almaco Jack. TG Bait is a center-balanced, non-symmetory jig. It has those properties of a slow pitch jig, but it’s not considered to be a slow pitch jig. Mainly because it’s so fast to drop. It’s usually used in up-up-up motions, and it doesn’t work well in falls. We focus on uplifts but with very little reeling like 1/8 cranks or less.

On this same drift, 3 other anglers caught amberjacks. They were doing hi-speed jigging with long jigs, like 20cm long. They all got small amberjacks no more than 2kg. Fast actions, bigger jigs, to get small fish.

My TG Bait is 10cm long. Half the length, much much smaller. Slow actions, smaller jigs, but still to get a bigger fish.

Now this has got to be telling something.

What made me happier than the fish size was the taste! Oh my god, it was loaded with beautiful fats. “Toro”, fatted fish belly, was so rich and tasty, but still there was lightness to it too. I even found it better than Blackfin tuna belly, which is too rich sometimes.

With all my love and gratitude for mother ocean. 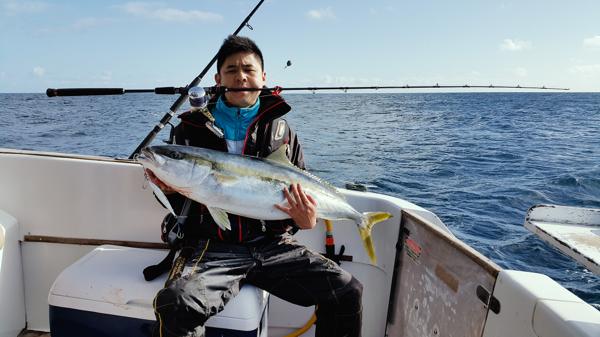 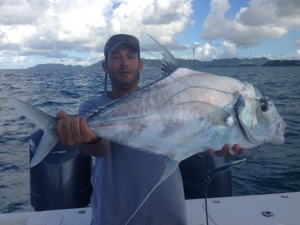 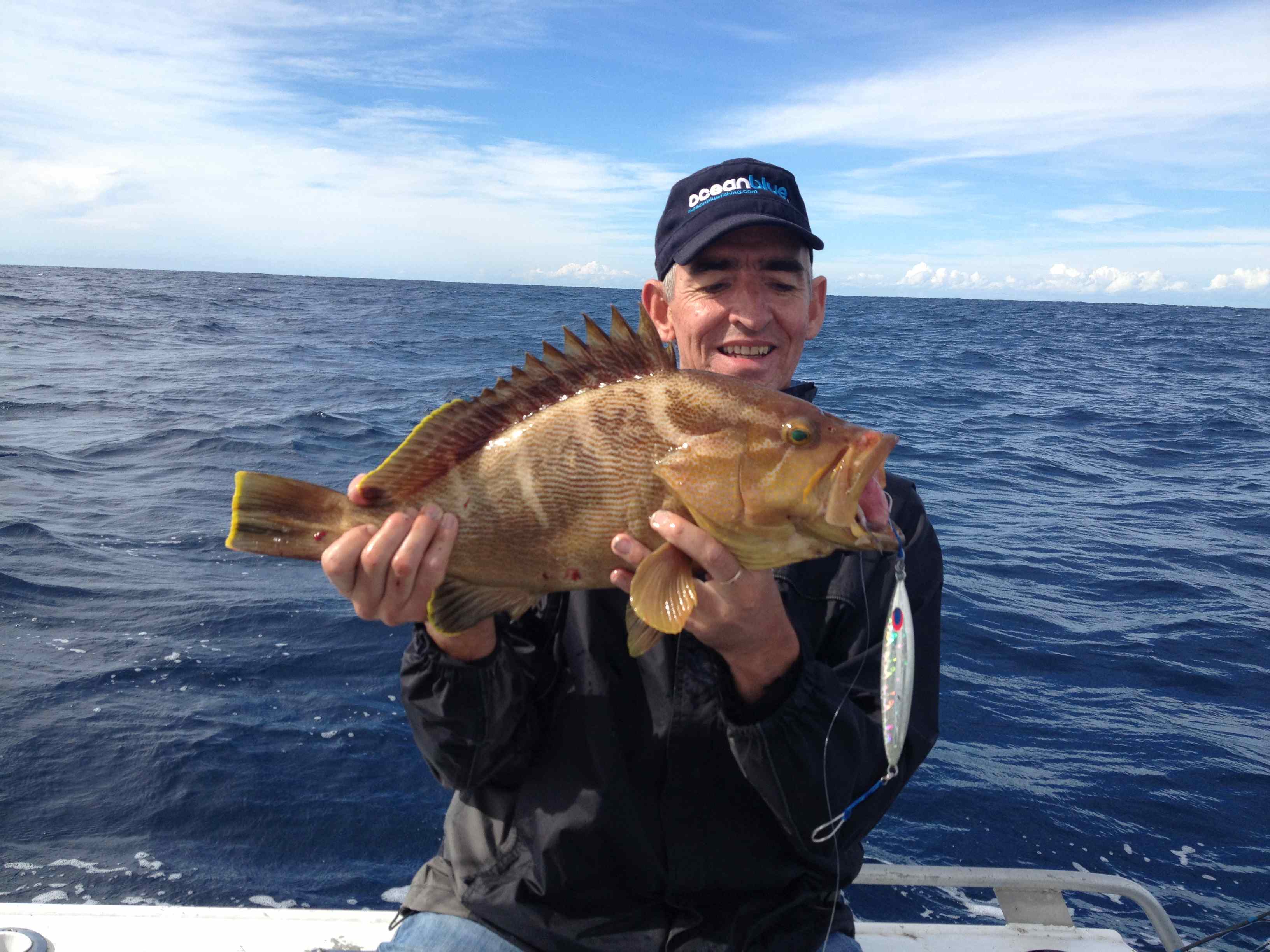