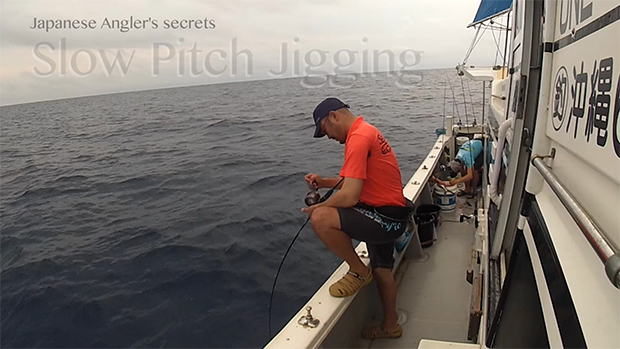 It’s the rod’s job to attract and hook the fish.
It’s the reel’s job to bring it home.

He means that the rod should be best tuned to dance the jig primarily. Fighting can be done in point-down style. He figured that is the best way to maximize the jigging potentials.

I’ve heard people give suspicious look on slow pitch and suggest that this style of fight is really bad for your back. But it is really not that bad. I mean, people who hurt their back will hurt their back one way or another. But it’s really not about this point-down fight style. This style is actually less tiring and lifts up the fish faster.

But everyone learned how to pump the rod to fight the fish. It’s one of the first lessons of fishing. I didn’t question it when my dad taught me that. But let’s take a close look at it to see pros and cons now.

Why pump the rod?

Sato Sensei says “Don’t make the fish mad.” You should fight calm and smooth. If you fight in excitement, changing the line tension constantly, the fish fights back. But if you lift with a consistent force, fish will follow.

People say you should pump the rod and use the rod’s “lifting power.” Rod is not the lifting power. The lifting power is your lifting and weight shift. If it is a solid stick, it would lift up as much as you lift, but your line system would suffer the direct impacts. The rod is tenacious to absorb shocks. The rod gives in to make your lifting force soft.

And if the rod is too flexible, which SPJ rods are because they are best tuned to dance the jig, your pumping up and down efforts have really no meanings. This is a very common problem which many experienced anglers face when they come into SPJ. They would say, “SPJ rods have no bones.”

He is lifting the rod to point to the sky. But the rod tip is all the way down there. If he held the rod 45 degrees down angle, the rod tip would be almost at the same place. Not only that his extra effort is not getting anything, but also he’s likely to change the line tension when he lowers the rod, especially when he holds the rod with both hands.

I know some people enjoy bending the rod to fight. And that’s just fine. As long as you have fun, I wouldn’t say you are doing wrong. I’m explaining what is happening, and you can choose what makes sense to you.

There are some SPJ rods in the market now that claim they are so tenacious that they don’t break in rod-bending fight. I’m not saying they are wrong. I want to emphasize that SPJ uses the point-down fight style, not because the rod would break, but because it makes more sense.

Originally, Sato Sensei was doing what he called Straight Pumping. It is shown well in this video by Captain Higashimura of Deepliner. I shared it in another article.

But I fight in a bit different way.
Captain Higashimura is one the greatest anglers in Japan, and I don’t want to disrespect him in any way. Not to mention Sato Sensei. But the body mechanics wise, this straight pumping style is a bit too hard on the body. As you see in the video, he is using only his arms to lift up. And with no body weight shift, it’s too much stress on his back.

This is how I fight. The idea is the same as Straight Pumping. But how I use my body and the rod is different.

I have one foot back. This way, you can shift your weight. Body weight shift is important. Not only it helps you to lift up, your whole body absorbs the shocks from the fight. Try to use your legs. Legs are much stronger than your arms.
I don’t fix my arms. But I don’t use my arms to lift up. I use my arms to parry the impacts.
I do use my rod, but not to lift up. I keep it 45 degrees down angle, and I change the angle from 0 to 90 degrees to maintain the same line tension. Because the tension can change from the fish fight and from the boat rocks and sometimes my reeling isn’t quick enough to adjust that. The point is, to keep the line tension consistent and to reel in whenever you can, even by a little.

Keep one foot back and use your whole body.

Change your rod angle in 0 – 90 degrees to maintain the same line tension.

Try to make many short pumps, rather than big pumps.

Water helps you to fight.

In point-down fight style, it is true that you are not using the tenaciousness of the rod. The rod is closer to a solid stick in the way we use it in the point-down style. As a result, the impacts are direct. But we don’t do it in close proximity like in the casting game. In jigging, the fish is 50 meters away at least, typically 100 meters away. And here’s how water helps your fight.

When we hook a fish, the fish is far away. You have a long line in between. When you go jigging in the deep, it grows harder for you to dance the jig. You know how that feels. Just like that, it is hard for the fish to pull down your line because the water pushes the line between you and the fish. Line works as cushion for the impacts and as a drag as well.

If you hook a 30kg fish 30 meters away on the surface, you have no chance to beat it. But you will have a better chance when the fish swims away 60 meters. And it is even easier if the fish is deep in the water. The more line is in the water, the more water helps you to wear down the fish.

No fish can go flat out for a long time. When the fish wants to run, you should let it run and drag out the line. Of course, you want to stop before it reaches the bottom. You can use thumbing and tighten the drag. But if the brake is too sudden or too strong, your light line will suffer. So you need to “negotiate”.

When the fish turns its head down, you are in “tug-of-war” with the fish (A). The fish tries to swim “away” and “down” from you. The fish kicks hard and the tension is strong. But there are times during the fight when you feel just heavy, not much shaking, and if you try you can reel in little by little, yes? What is happening down there is that the fish is swimming sideways, showing one side of its body to you, as if circling “around” you.

So, how can we turn position A to position B? When the fish turns its head down and start kicking, the fish is all pumped up. If you resist, the fish fights back more. We know it won’t last long. How long? 10 seconds maybe? If you guess right, the negotiation will be smooth for you. Let it run for 5 seconds. You don’t want to get excited and try to stop. This is a negotiation, and ordering doesn’t work. After 5 seconds gradually apply thumbing incrementally. By the time the fish runs out of breath, you try to hold the spool for 1 second. You will have the fish in sideways.

Once you are in position B, you want to retrieve as much as possible. But if you are being rough, the fish will push its limit and fight back. This is when Sato Sensei would say, “Don’t make the fish mad.” Use small pumps, not big pumps. Big pumps can be slow and rough. Don’t rest now. Smooth and fast. You want to be away from the bottom as much as possible because there will be the second run. 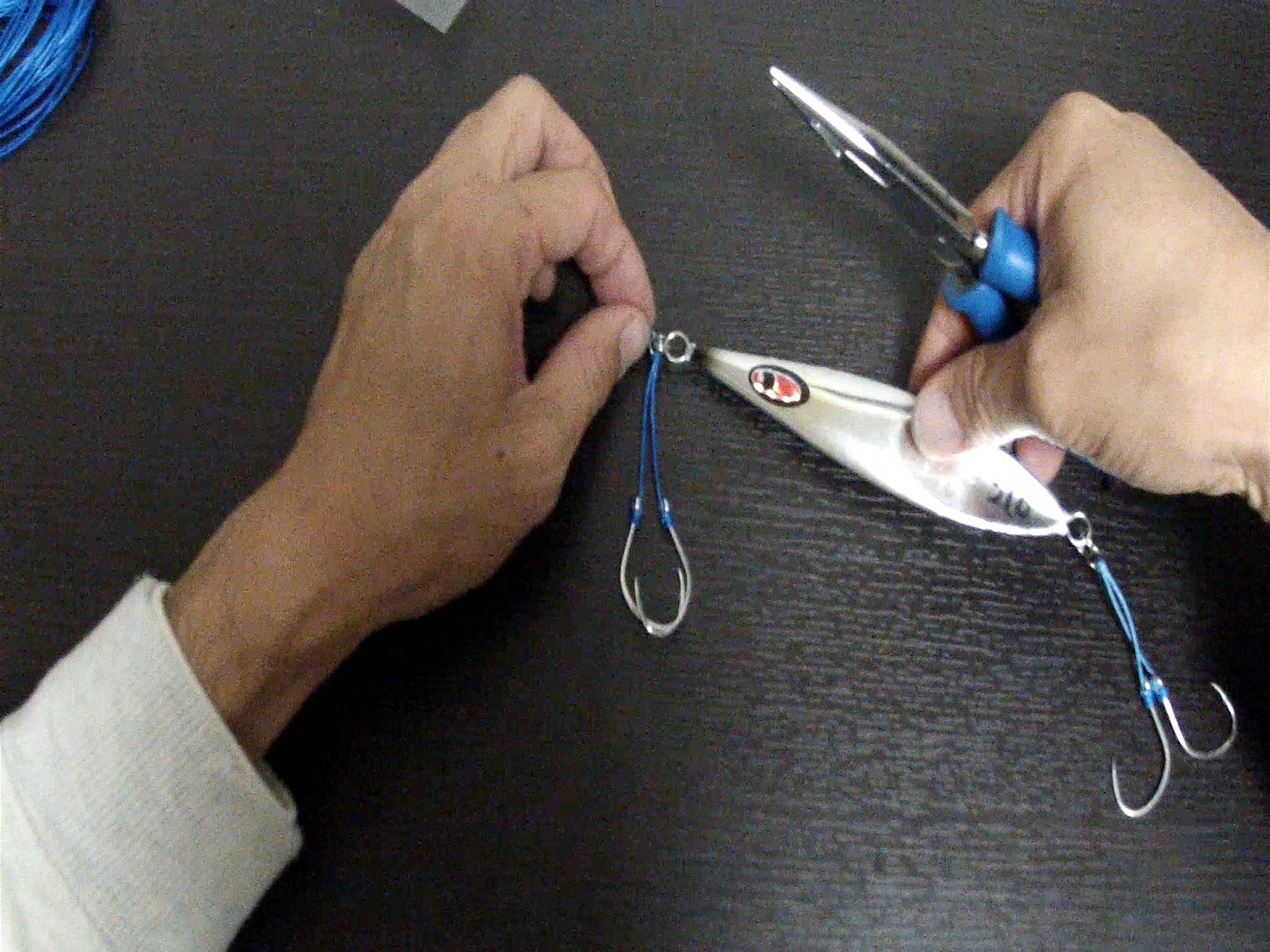 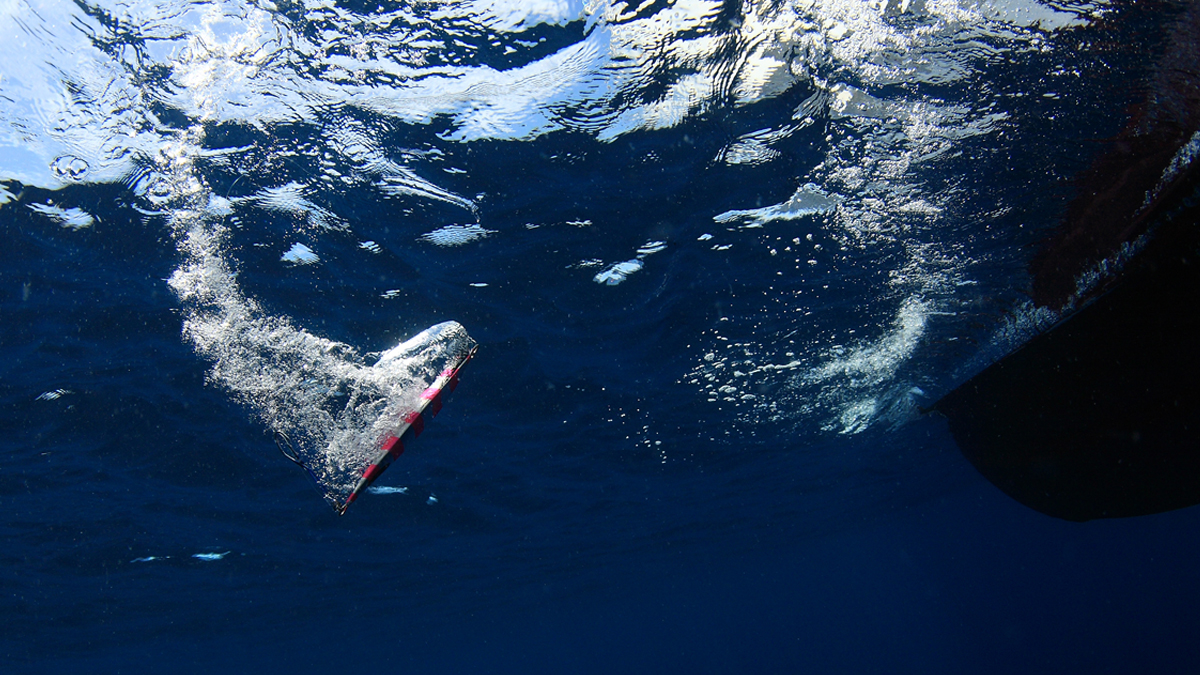 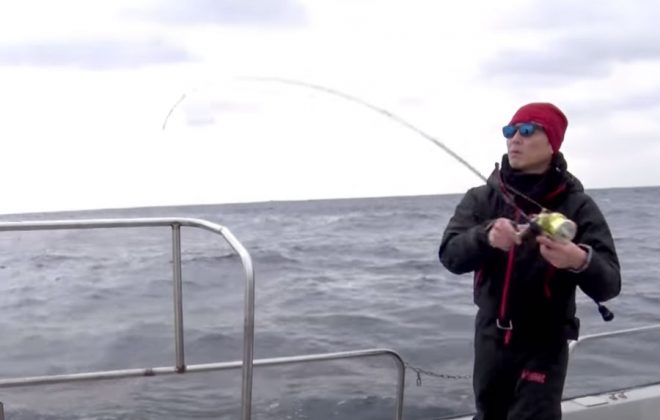 Tips for Fishing on a Free-Drifting Boat