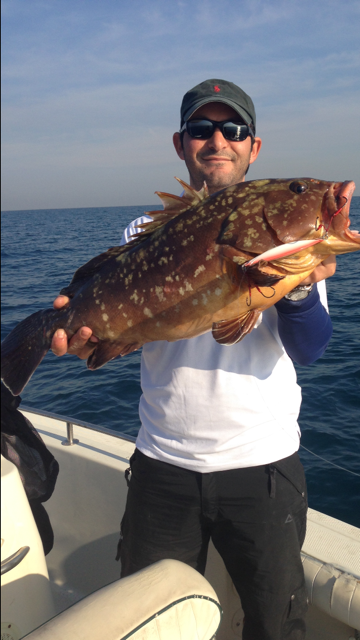 It’s Samuel from Israel.
Great catch my friend! It looks like Epinephelus akaara, one of the most expensive groupers in Japan. It habits in rocky bottom. It takes a lot of skills and luck to catch such a big one.

My friend said “the grouper’s have arrived!”
This sentence echoed in my head all week, and after 2 weeks without fishing, I found the time to go. Before departing I prepared Gawky and Crancky in every weight 180 to 300g. One of them would be the winner!

The basic 603-3 with gawky 180 was the one, this beautiful grouper followed my jig 10 m above the earth, which was probably my luck because I succeeding in lifting his head before he went back to his reef. After 30 minutes, followed a second grouper (2kg), sadly I lost him when I tried to pull him on the boat by hand, next time I will use the net.

To finish off on the way back to the marina, I stopped at a wreck with my friend and we each picked up 2 baby amberjack’s (there was a serious band), no big ones there, but an excellent sashimi on the menu…

I love that game my friend, but I have to tell you that I feel very lucky when I succeed in bringing back a nice fish like this. I have lost so many, that I didn’t manage to bring on to the boat … So I think I should change the line for PE3 at least. What do you think?

I went this Friday fishing in 120 m for the first time, it was exciting, especially when I had a bite, probably a monster grouper, that again I couldn’t bring onto the boat, and again it broke my line…

Totoooos! I need a solution…help me! You will tell me: rich peoples problem?!! No no no, it’s not the Caribbean here, each time I go fishing it’s a real battle to have a bite, it’s very competitive here. [margin30]
I know exactly what you mean. How many times have I regreted that I was not using heavier tackle or when a big one contacted? But then again, it’s maybe because I was using finesse that the fish liked it. Using heavy tackle clearly gets less contacts.

I think you are playing a great game, my friend. If the fishing is so easy to catch many numbers and big in sizes, it would not be this fun. 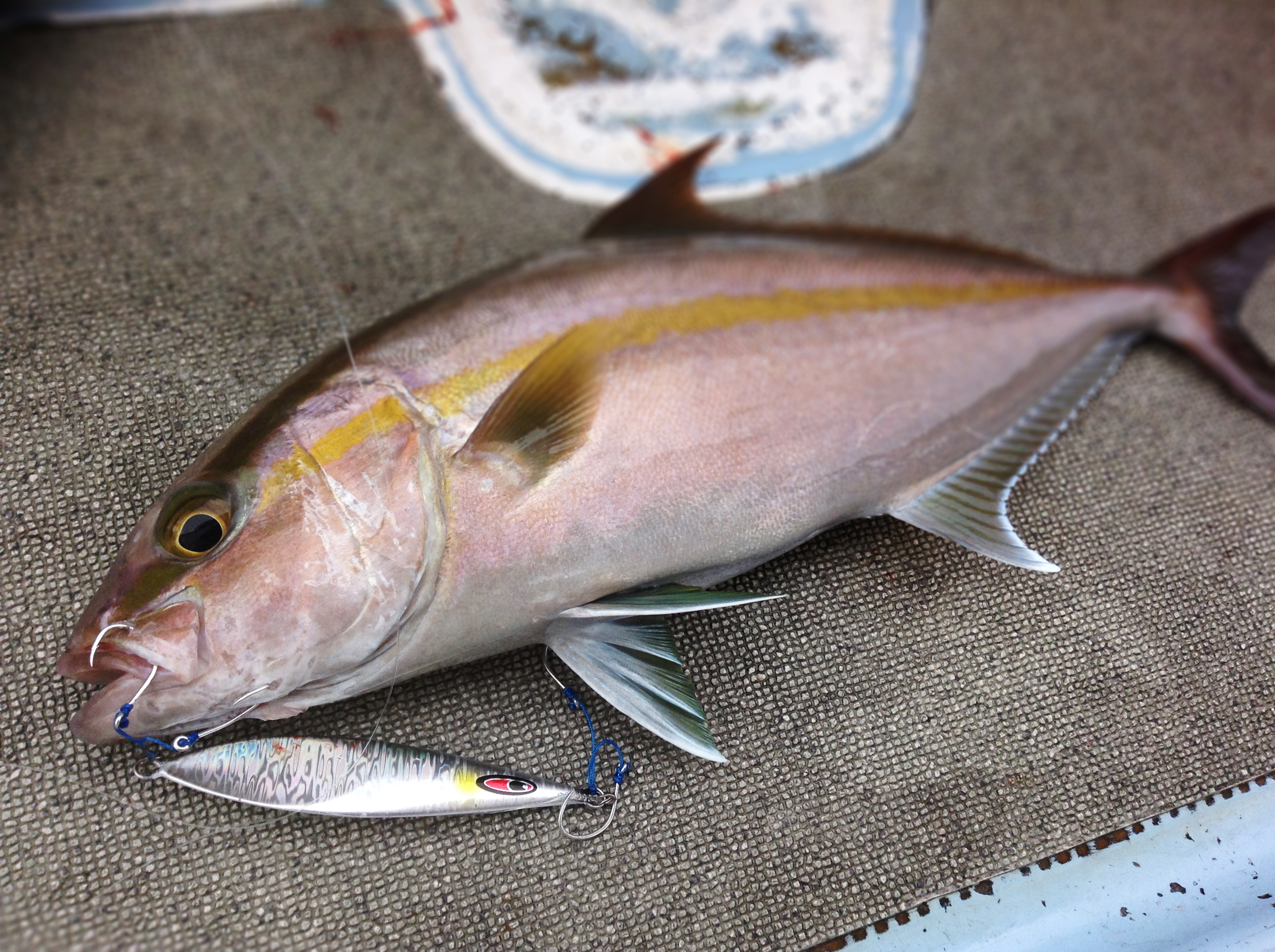 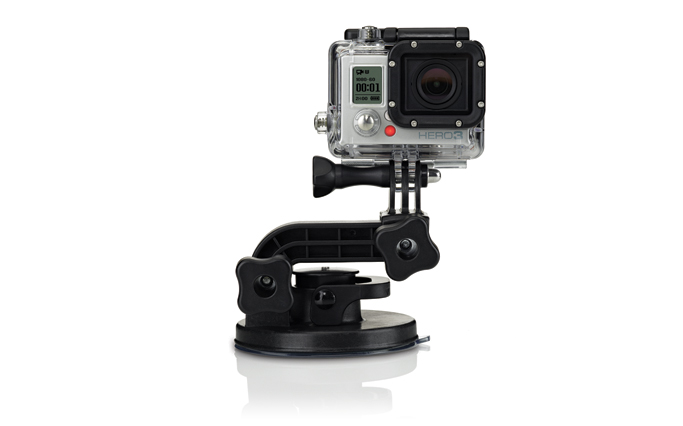