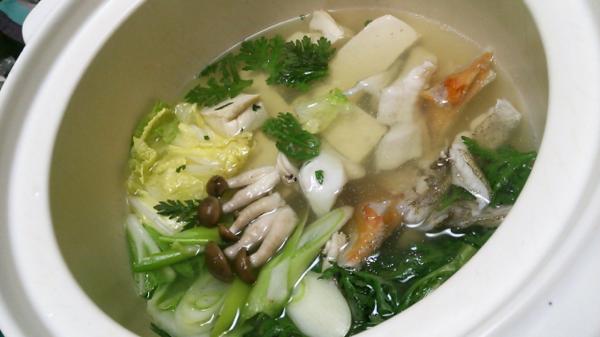 Nabe cooking is very popular winter cuisine in Japan. Nabe means a hot pot. We get the pot cooking going right in the middle of the table and everyone shares and picks out of Nabe. It’s so good because it’s so simple and delicious, you share one pot with your family and friends, and you enjoy the fish so fully until the last drop.

This is Coral Trout. Ike-Jime closing on the boat, scaled, gutted, gilled, and aged in the fridge for 4 days.
Any bottom fish is suitable for Nabe cooking, like groupers, snappers, and cod fish, as they make such tasty soup.

Chop it into pieces.
Head and bones for the soup, and the meat for the table.
Rince the head and bones and make sure there’s no clotted blood remaining. Use tooth brush if you need to.
This step makes such a big difference to make clear, delicate, non-fishy soup.

Let’s make the soup.
Soak a couple of Konbu, dried sea kelp, in water and let it sit from 30 minutes to half a day or overnight.
I grill the head and bones. It takes out the fishiness and brings out the flavor. If you don’t want to bother, boil the bones for maybe 10 seconds until you see the surface of the flesh turns white. Throw away the water.
This step is also dedicated for the fine soup in the end.

Now put on medium heat the head and bones with Konbu. Adjust the heat so that it will come to boiling in about 10 minutes. When it reaches boiling, take out Konbu, because Konbu would make the soup sticky if you keep boiling it.
Switch it to low heat as you see some bubbles from the bottom of the pot. You don’t want to keep it at the boiling point. The low heat for long time makes better soup. Keep it going for about 30 minutes.

While on heat, you see some white foams on the surface. It’s a part of flavor from the fish. But sometimes it may taste too fishy if you leave it. You can take out some foams to make fine soup.

Drain, and you get this beautiful soup.

If you don’t mind sucking and picking into the bones, you can just leave the bones in there.

Here’s the nabe cooking table. Nabe in the middle. Chopped fish and anything you like to throw in the soup. Vegetables, mushrooms, Tofu, and things like that. If you want to have roots, pre-cook it because they take time.

Keep throwing the goodies in the hot pot.

You pick out of Nabe with some soup to your bowl. Pon-zu is popular for the seasoning. If you don’t have it, have some seasoning of your liking. Maybe just salt or Soy sauce. Along with some spice too if you want.
We usually don’t put seasonings directly into Nabe. We each have a bowl and get our own personal seasoning going in it.

And this is the best part. When you are done with all the ingredients, you have the soup left with all the juice from the goodies in it.
Throw in some steamed rice with some salt and cook in it for a few minutes with a lid on. I didn’t have eggs this day, but you should pour in some stirred eggs too. When done, sprinkle some chopped green onions.
This is the highlight of Nabe cooking. This is when your gratitude for the fish reaches at the maximum. Make sure you leave some room in your stomach! 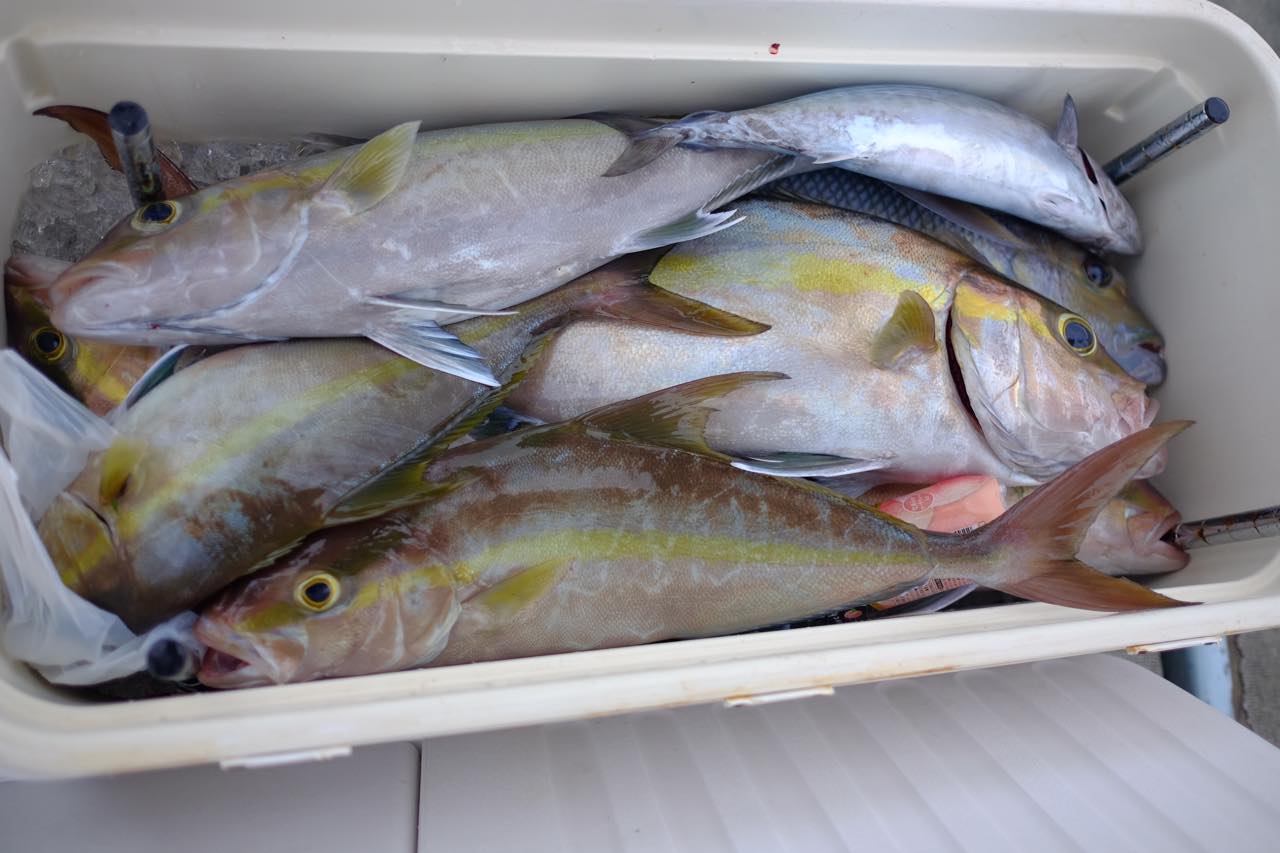 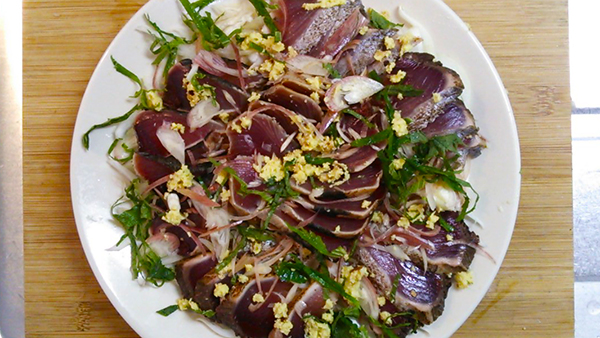 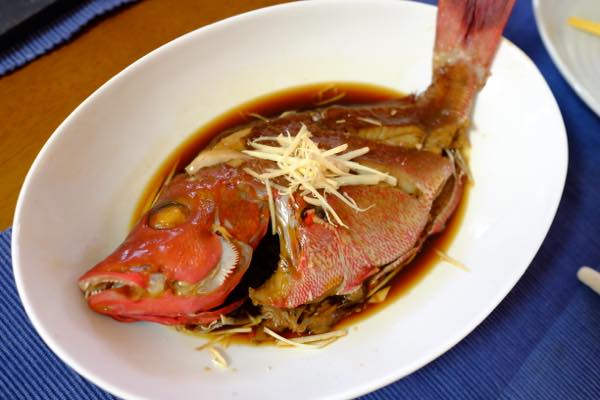