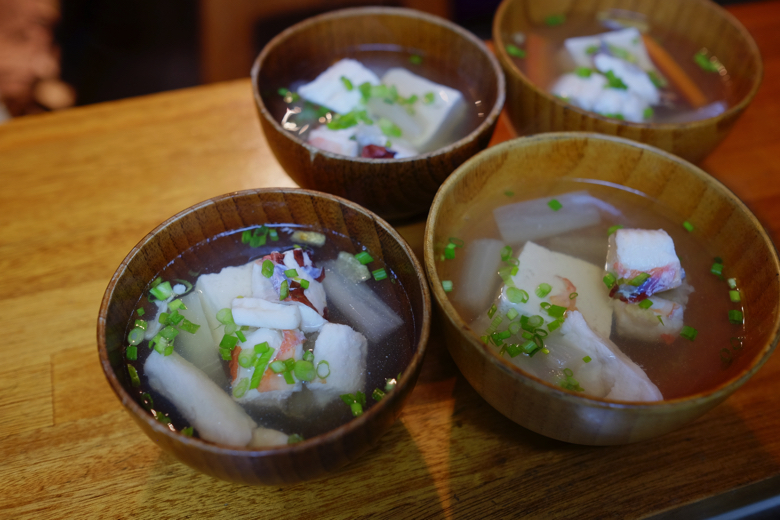 I think some of you may be thinking… “How can you eat that weird looking slimy fish???”

I understand that.  I don’t blame you.

But you should know that this fish is so delicious.  Such delicate fine texture, rich creamy taste with a little bit of sweetness.  Wonderful in sashimi, soup or steamed.  This fish is considered a luxury fish in Kyoto and it is valued very high by the top-notch restaurants.

The first thing you notice when you catch this fish is the slime.  It’s so slimy on the skin.  It is actually disgusting.  But don’t give up yet!  Just rinse with fresh water and it’s clean off the slime so easily.

The next thing you notice when you clean it is that, anatomy wise, this fish is definitely weird.  They have such long abdomen and don’t have rib bones.  Instead they have plate-like bones to protect guts and some kind of jelly slimy organs in the upper back area.  It’s just a weird fish.  And the head half of  the body is not edible.  (But it makes great soup.)

Anyway, chop it all up like this.   And I’m going to put it in the water.

One concern is that this fish has such delicate texture and it’s very easy to overcook and make it firm.

If you have time, it’s best to chop up the head, and slice out the spine, and make the soup with these bones first, then drain and cook the meat in the simmering soup for about a minute.  This way you will enjoy both the good soup and delicate meat.

But I don’t have much time today.  This fish makes good soup anyway with just these parts.  I’m putting in the cuts with bones to start, and saving those meat slices until the last moment to keep the texture.

I have soaked dried Kombu in this water for about an hour.  And I’m still keeping it in the water.
When you mix glutamic acid and inosinic acid, you create Umami bomb.  Glutamic acid is rish in Kombu.  Inosinic asid is rich in fish and meat.  That is why Japanese chefs never do anything without Kombu.  By the way, the other amino acid called GMP is rich in dried mushrooms.  If you combine this Umami triad, nothing can beat it.

Put the pot on low heat.  It’s ideal to bring it up slowly to boiling in 10 minutes. I am extracting juice out of fish.

In 5 minutes, you can see the fish is already starting to release good soup.

Close to boiling now.  Now you see some scums floating on the surface.  You want to skim it off.  You can use mesh sieve to scoop it off.  It will make the soup clean and refined without edgy taste.  But you don’t want to overdo it.  You want to keep some fats in the soup.  Just lightly skim the obvious scums for a couple of times and leave the rest.

Just before boiling, you want to take out the kombu since if you keep boiling kombu you will get slimes out of it.  Also I took out some bones without meat I put in for soup.  And now throw in the fish meat slices I saved and pre-cooked root vegetables (carrots and Daikon radish).  Let it simmer for 5 more minutes.

While you let it simmer, now it’s time to season it.

Basically, I wanted to keep the seasoning simple and let the fish and kombu lead the taste.

Here’s how I came up with the seasoning.

Measure the amount of water you use.  Use 1% of soy sauce.  Use the same amount of Mirin.  Use 4 times more of Sake than soy sauce.  This is the golden ratio as in Sake Happou seasoning.   Then add salt until your liking.

Sprinkle some scallions over to finish.

The soup is great.  It’s very fine taste.  Light, but Umami is certainly there.  The fish is tender and tastes rich with sweetness.

It was simple to make too, right?

I promise you.  Once you taste this soup, you will love it when you catch this weird fish from now on. 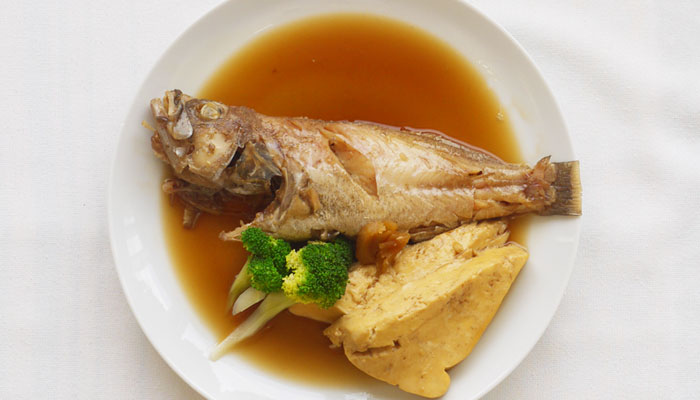 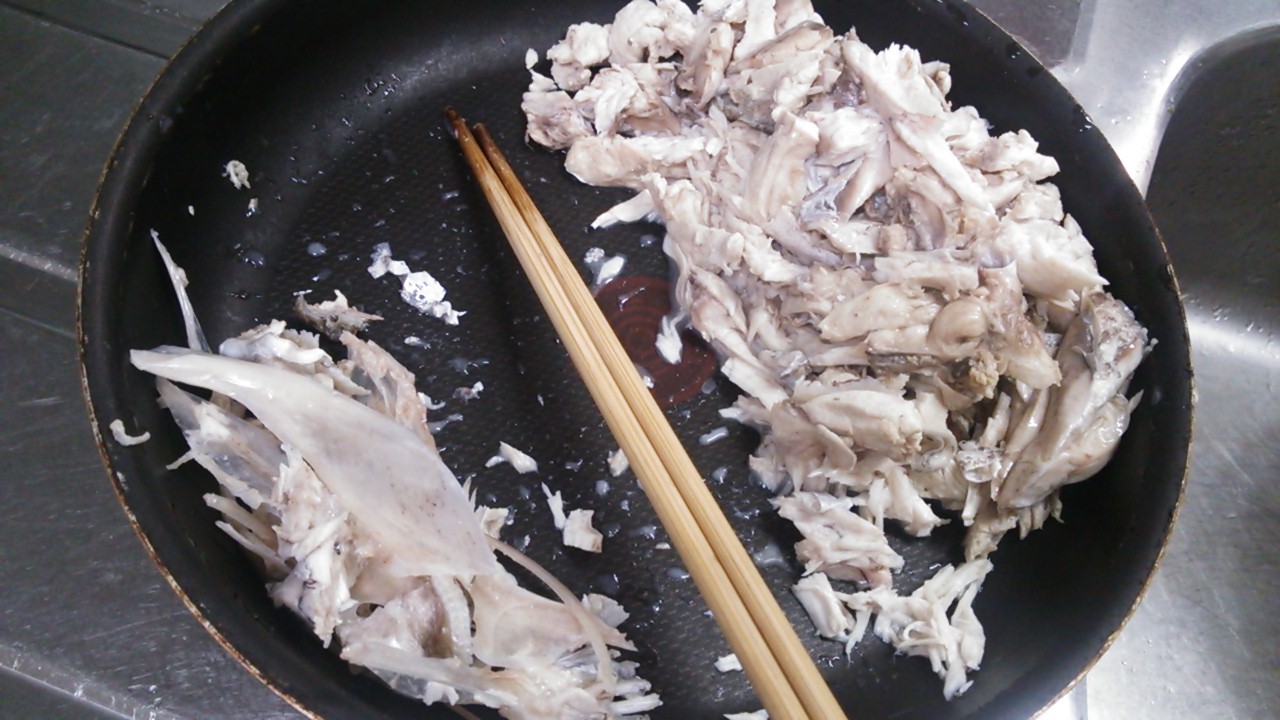 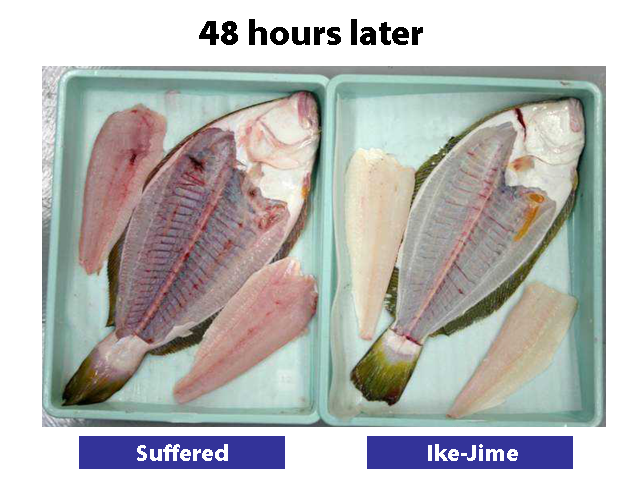