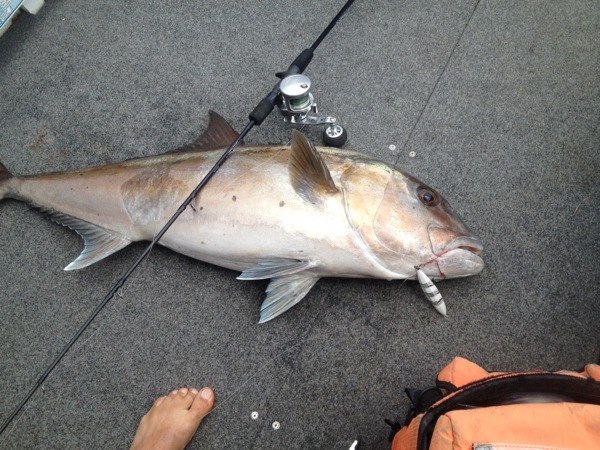 It’s a report from Mark from Perth, Australia.
Congratulations for your personal best! 17kg Samson fish out of 50m of water.

Hi Totos
I had a great days fishing today so thought I would share some pictures with you. It is still closed season for our prize demersal fish here in Western Australia so I decided to go out wide in search of some pelagic fish and try and test my tackle.
After about one hours travel in really nice calm conditions I spotted some large fish on the sounder. I set up my drift and put the engine in revers, down went my 130 gram jig. It didn’t even touch the bottom and I was onto a freight train pulling away with some amazing force. I did what you said and used the reel to try and pull up the fish with the rod in the water and my thumb on the spool. After about 15 minutes of hanging over the side of my boat I had some colour and up popped a 17 kg samson fish. In all I had three fish the biggest being 17kg and without any lost tackle or fish it was time for me to rest my aching muscles and head for home. 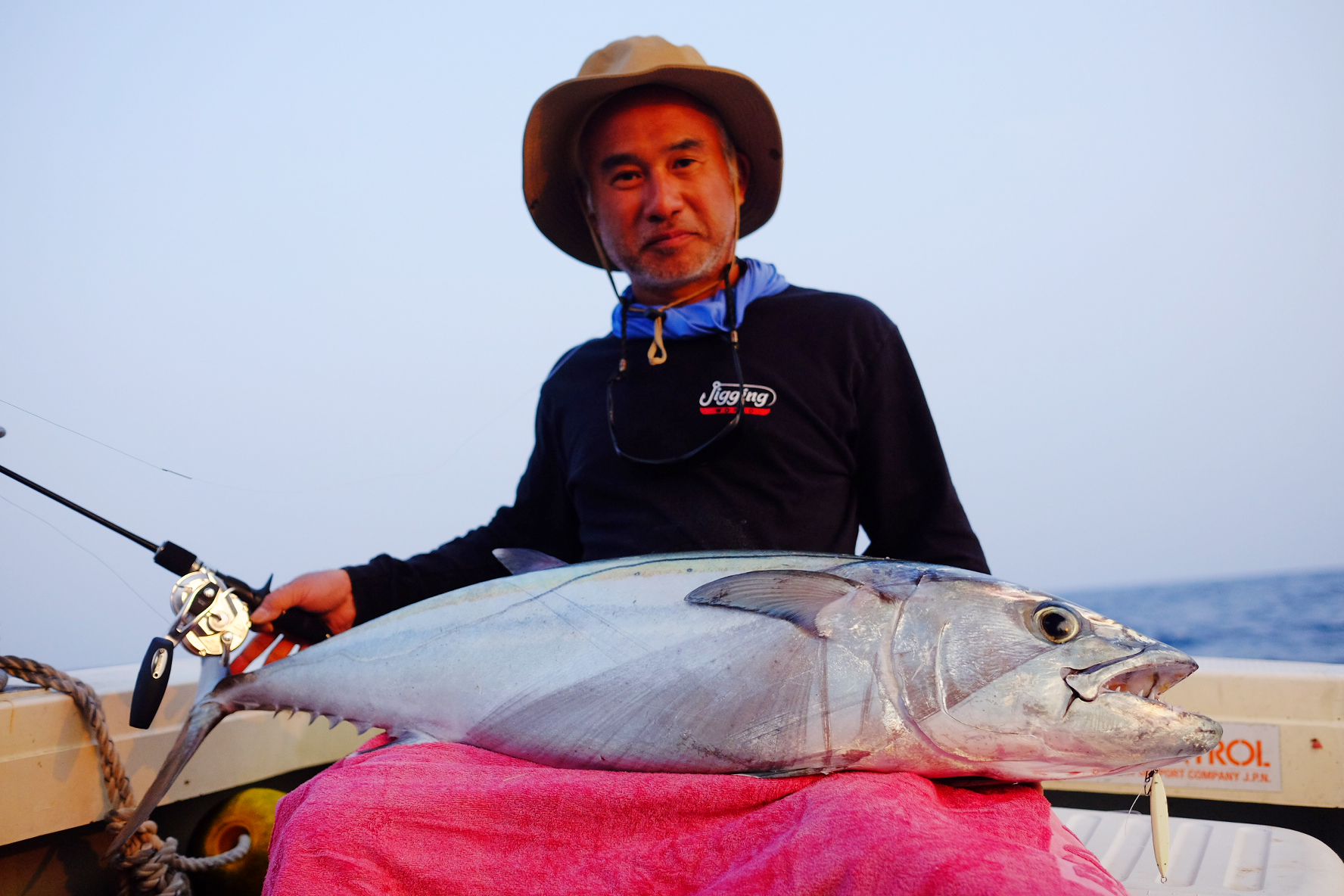 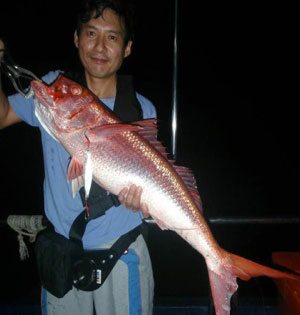