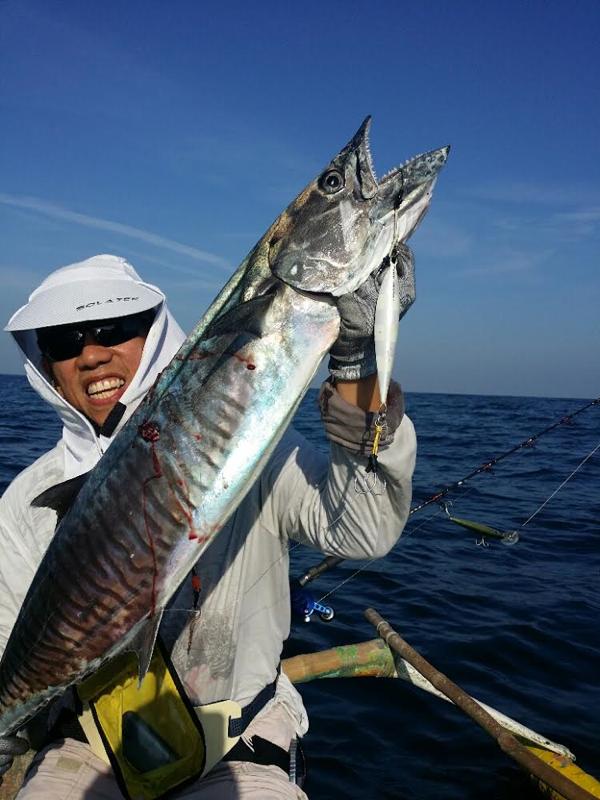 We have a report from Bongskie in Philippines.

Hi Totos,
Happy to report to you about my catch last weekend. I caught three of this in less than one hour.
we went trolling to the jigging area that was 70 meters deep, current was just right. 1,2,3 fast jig then 2 slow pitch, 1 long fall followed by another slow pitch, suddenly the slack time got longer, I strike and it was a hit. i thought it was a trevally since it was fighting good but i was surprised when i saw the long image from beneath. I knew then it was a wahoo. I thank God it did not cut my leader. when i checked, there was only mild abrasion probably from the gills so i retied. my assist cord which is made from a parasail line was only mildly damaged. 10 minutes later, another strike from another one and the third one only after another 20 minutes. I was so thankful that none of these sharp toothed fish cutted my line. i had a fourth strike but i missed.
The hero of the day is Mr. Rector 180 grams in pearl white glow color. The last catches were just a juvenile barracuda and another small rock fish. Great day for me. Thanks for all your instructions and videos on youtube, i was able to impart good action to that jig, and of course with a lot of blessing from up above.

You were lucky with that teeth!
So, you got them both on the fall right? Both on the rear hooks? You kept your slow and falling techniques and I think that was the key to your success.
When the jig is moving fast, they frenziedly chase and slash at it, and then come back to collect it. When the jig is moving slow and crippled, they think it’s a left over. They will collect it matter-of-factly.

In slow and fall technique, the only time you are likely to have the line cut is right when you finish your pitch and hold up your rod. The hangtime. The jig is like this. This is when the fish is likely to get the jig and the lineslack.

Other time when the jig is uplifting and falling, the leader is in the straight line with the jig and you have a good chance to save your leader. But this hangtime is one of the most popular time for a bite.

So, like Sato Sensei says, better put on a wire leader and save your jig, even though you will reduce your contact rate. 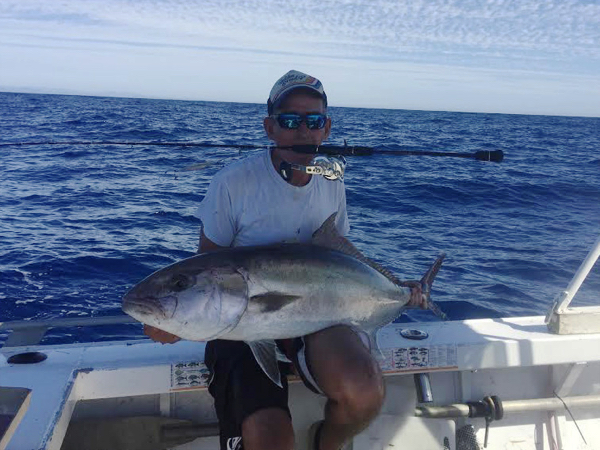 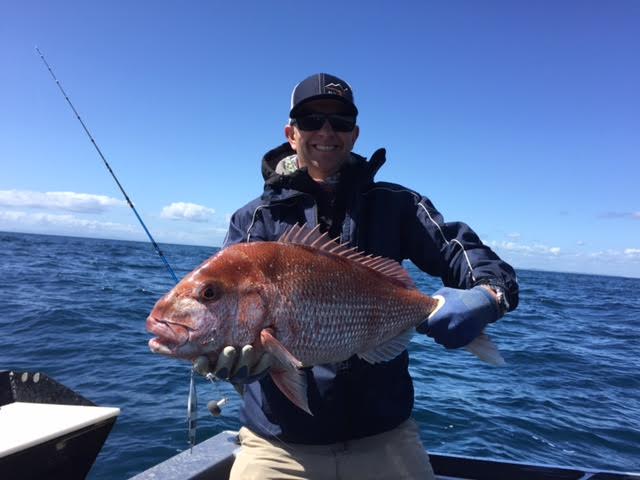